We were all beginners once!

Sébastien Michaud, 43, is known as ‘Mr Upsidedown’ – on account of his speciality of throwing huge backflips off cliffs and rock-bands in his home resort of La Clusaz. It’s a skill that’s lead to a string of accolades: vice-world-champion in 1998 in Valdez in Alaska and again for 2008’s Freeride World Tour. He’s also claimed the title at 2005’s Verbier Xtreme, the crowning glory in any pro skier’s career. And not only that, having passed 40 years old, he’s showing no sign of slowing down. Now officially ‘retired’ from the world tour circuit, he still hasn’t lost any of the same passion for backcountry skiing and now tries to pass on that stoke to the younger generation of off-piste riders, dedicating 75% of his time to the specialist adventure and off-piste ski school Évolution 2 in La Clusaz.

In the summers, Séb trains on his road bike around the cols and passes of Les Aravis, and you’ll sometimes find him working at his partner Sonia’s restaurant ‘Papaz’. That’s where we – WELOVESKI – caught up with him to ask him what he remembers about his first days on skis… 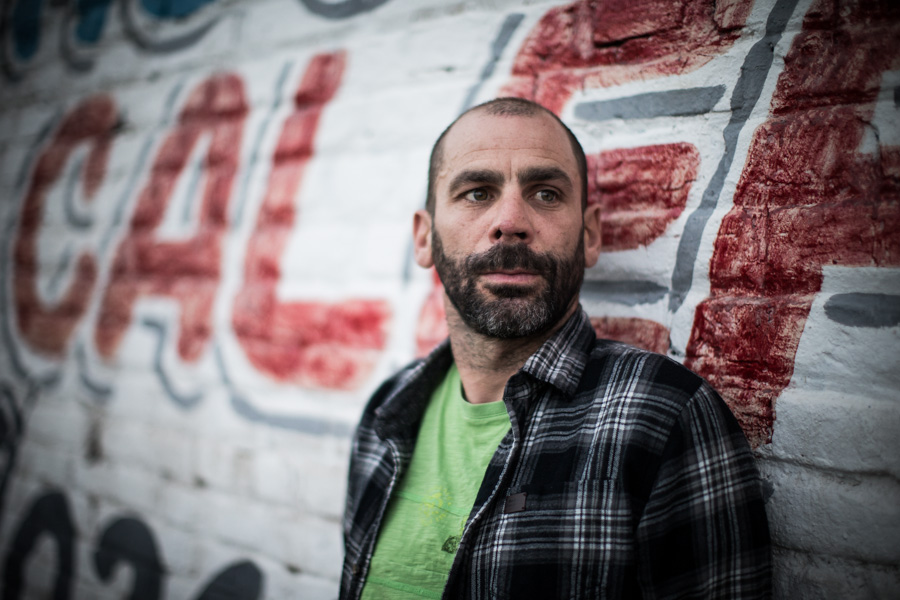 WELOVESKI: Hi Seb, ok so what memories do you have of your first days on skis?

Sébastien Michaud: I am from Thonon-Les-Bains where I lived until the age of 10 years old. I began skiing when I was 3 years old. I skied a lot with my parents on the Wednesdays (traditionally a day off from school) and weekends. I was lucky as the school in Thonon organized cheaper ski passes as well as giving us time off to use them! So for eleven years, I skied at Morzine-Avoriaz. As a kid, I didn’t go to sport clubs, I mostly just skied with my parents. I think that parent-son relationship gave me such an incredible love for the mountains, and what they shared with me I am trying to give back to the next generation – my son Jules is part of the group I’ve been coaching for 3 years and my daughter Jade is now part of the freestyle ski club in La Clusaz.

What I found in my career was that I was always interested in the backcountry or off-piste areas: the small tree-runs next to the pistes, the powder fields, some small jumps off rocks. Whenever I saw a small jump I had to try it out! Little by little I got better. Monoskiing appeared out of nowhere and so between the ages of about 10 to 13, I bearly skied at all. My dad had one, and so did I so we rode together, and the fun of skiing together with my parents meant I was practicing all the time.

Because I loved being in the air, I also joined a gym and did trampoline classes at competition level. I was part of a club based at Evian, where they held summer sessions. There I got noticed by Franck Dufour, the coach of La Clusaz sports-club and a Mont-Blanc committee member. He suggested I should join the Freestyle Ski Club of La Clusaz because he thought I had enough technical ability, so at the age of around 14 or 15 years old, I moved to La Clusaz with my family. Before I ever did freestyle, I wasn’t that into competition, and I never did any alpine races, but freestyle skiing was different, so I wanted to progress. 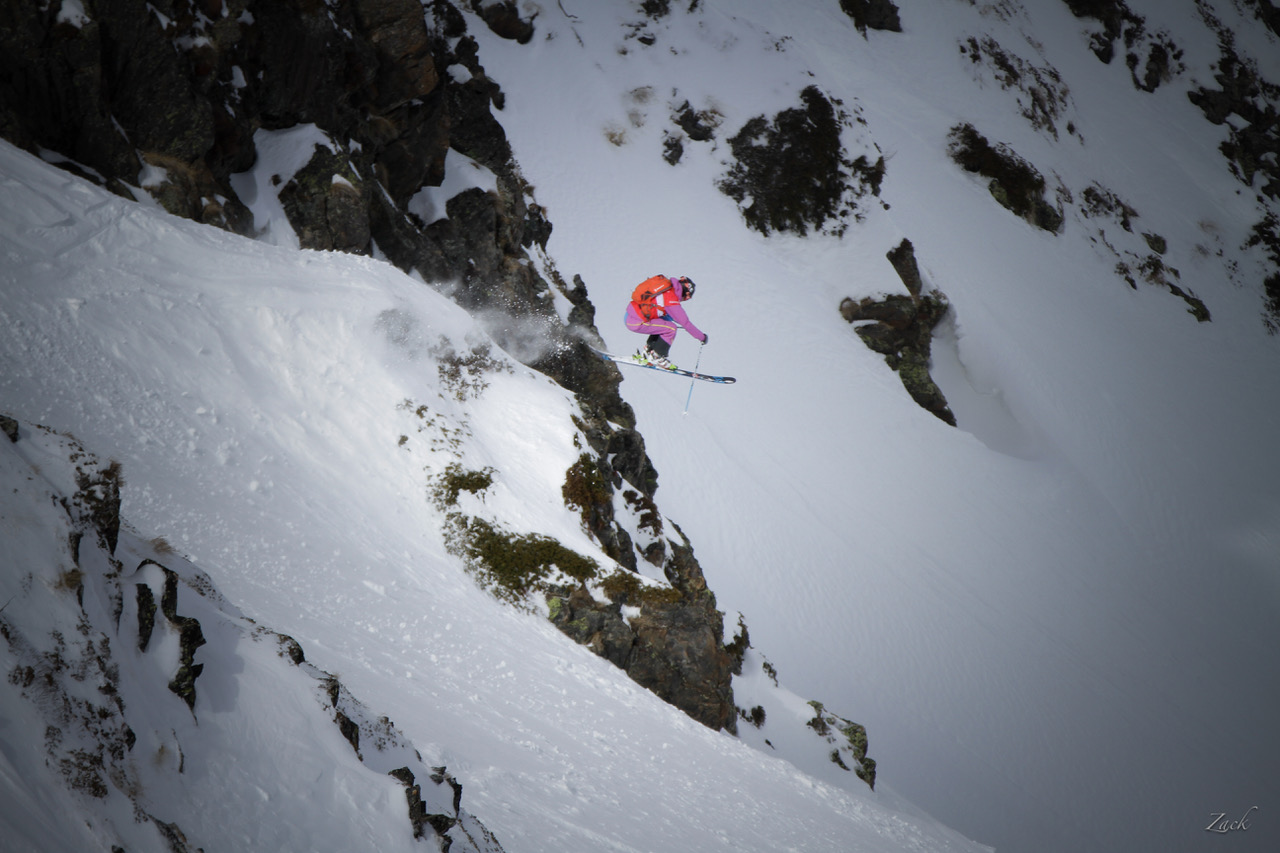 WELOVESKI: do you ever get scared doing what you do on skis?

Sébastien Michaud: Yes of course, skiing can be risky, so you have to expect things will go wrong from time to time. I have been taken by some avalanches, hopefully not the most dangerous ones, but I was lucky to get through each time. Mostly wind-blown snow, or where the temperature had changed, above rock-bands or couloirs. But I have been thankful that I’ve never been buried. In Alaska, I got into serious trouble above a bad patch of around 100-metres of cliffs and rocks. I knew exactly where I was, and I had one idea in mind: to get my skis back in control and to get my edge to grip onto something under the moving slide. I managed to get into the right position, I shifted my weight sideways, and made a small jump to find some snow I could stop on. I struggled to manage it, but if I hadn’t done everything I could I might have gone tumbling over a huge cliff out of control. Another time in La Clusaz, a slide above pushed me down the slope and I had the unenviable choice of either going left where there was a huge cliff, or going right with the avalanche down a narrow couloir which was sure to feel like a bad toboggan run. I chose to go right, put all my weight on that side, and had one hell of a ride! 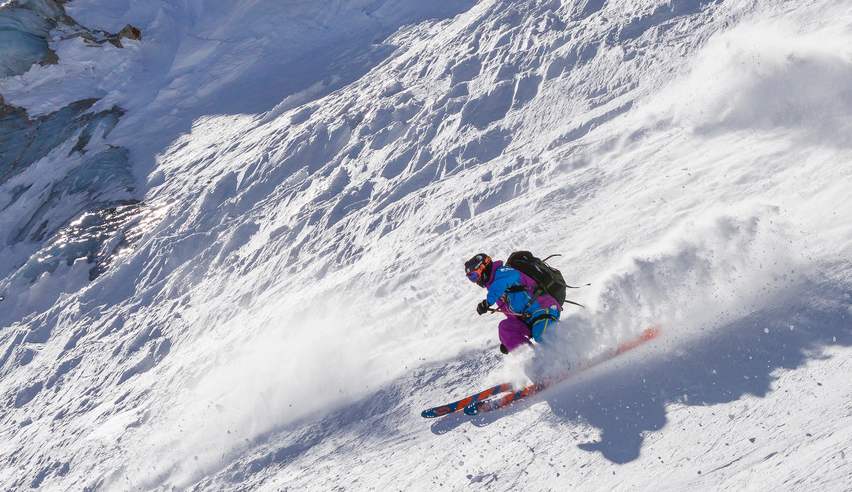 WELOVESKI: now you’re showing the next generation how to freeride, what advice would you give to those just starting?

Sébastien Michaud: Firstly, you need to have adventure in your bones – that is to say – you should want to ski everywhere. Freeriding is amazing fun of course, but you can’t skimp on the apprenticeship – and you can’t ever take your environment for granted, it can be a dangerous place. It is critical to learn this. It is not easy when we work with teenagers. If I take group of young people aged between 13 -to-18 years old, I need to make them realize that each session is different regarding the snow level and it could be dangerous from one day to the next! Some of them have difficulty understanding that before they drop in they need to check a few vital signs. Ideally, you need to be a bit pedantic and obsessive compulsive to make sure you’ve done all the right checks, and that can be hard for the younger kids. My recommendation to a classic skier that wants to learn some off-piste skills is to take a class with a professional, with us at Évolution 2 for example!

And to do just that, book Sébastien Michaud via Évolution school 2